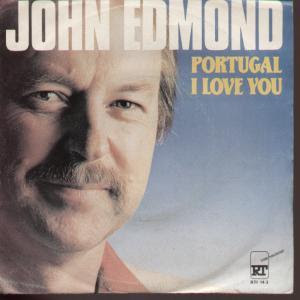 "Portugal I Love You" was written by John Edmond for me "Teresa" now his wife.

John being a song writer singer and entertainer and myself being a dancer met on a show in the 70's fell in love and walla........... he wrote the song for me!, me being of Portuguese descent and a dancer inspired John to write the song.

"Coimbra" was a restaurant that we use to perform at. "Portugal I love you" was released in Brazil in the 1980's [and] became a very well played track on various Brazillian Radio stations. Amazing that you should find it after all these years!

The Cd on which this song "Portugal I Love" you is a track is still available and as popular as ever. It is on the CD "BY REQUEST" from John Edmond on our web site www.johnedmond.co.za.
Edição: 2.3.09